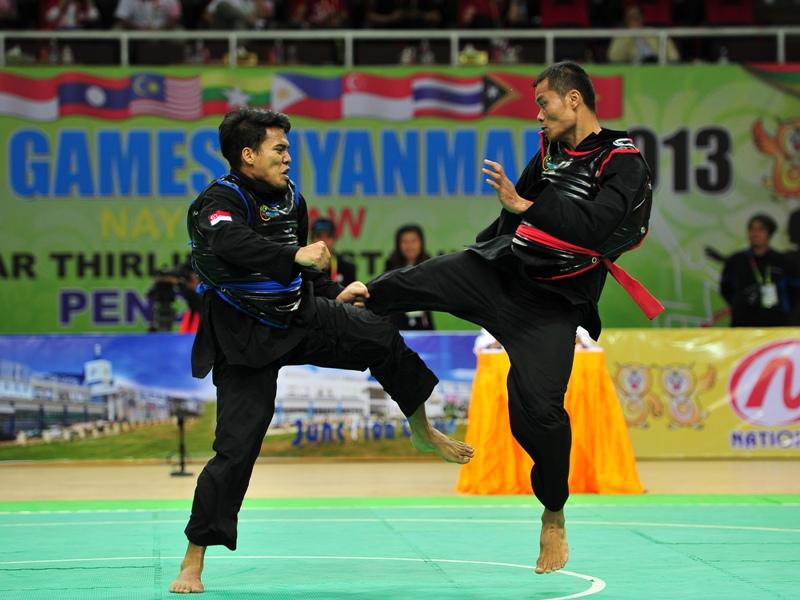 Indonesia, with its myriad of ethnicities and languages, has developed indigenous martial arts, with different variants in different regions. Pencak silat is one such artform: ‘pencak’ referring to the performance aspect, while ‘silat’ to the essence of fighting and self-defence – and for the practitioner, one cannot exist without the other.

The origins of this type of combat are lost in the mists of time, but a number of legends from the Sriwijaya Empire tell of a woman who witnessed a fight between a tiger and a large bird. She was so taken by the choreography of the fight, of the combatants’ movement in attack and defence. The legend says one night she was attacked by a group of drunken men, but she was able to fight them off using the skills she had observed from watching the big cat and the bird.

A similar tale exists around the archipelago. The Sundanese people of West Java believe the woman witnessed a monkey and a tiger on the remote island of Bowan, north of Madura.

Pencak silat spread around the islands, as traders and seafarers moved from Sumatra to Java to Sulawesi and back again, and as time went on the sport took root in different soils. Locals added elements of their own cultures to give the different regional variations we see today.